Letters of Robert Louis Stevenson to his Family and Friends, 1899

RLS’s letters give an invaluable insight into his life, travels, feelings and writing. In this section you will find information about different editions of the letters that have been published. The first section includes all the different publications of the letters through to Bradford A. Booth and Ernest Mehew’s indispensable The Letters of Robert Louis Stevenson, 8 vols (New Haven: Yale University Press, 1995). The section New Letters includes letters that were published or discovered after Booth and Mehew.

If I wrote all the letters I ought to write, and at the proper time, I should be very good and very happy; but I doubt if I should do anything else
(Letter from RLS to Alison Cunningham, 1 January 1886, The Letters of Robert Louis Stevenson, vol v [New Haven: Yale University Press, 1995], p. 169) 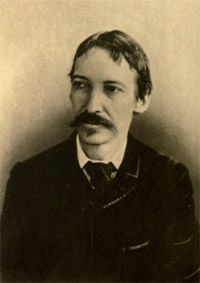 Letters through Booth and Mehew

1892-1894 Letter Register (Letters sent and received by RLS). Beinecke Library, Yale, B 6517. 7 pp (list of persons RLS wrote letters to, and on p. 6 a list of persons from whom he received letters in July 1893. Contents of some of the letters are briefly indicated. Unpublished).

1875-1876: MS of a letter to W. E. Henley, pasted into the frontis-page of  a copy of A Child’s Garden of Verses owned by Lord Charles Guthrie. Held in the Ernest and Joyce Mehew Stevenson Collection at Edinburgh Napier University. [Acc. no 1145]

1878: Rex Maughan (President of the Robert Louis Stevenson Foundation that runs the Vailima Museum in Samoa) discovered a Stevenson letter in the pages of a first edition of New Arabian Nights in the Brigham Young University, Hawaii (David Magee holdings). It adds a sentence before and after to the two sentences to Letter 576 (from a 1921 auction catalogue) in Vol. 2 (p. 284) of the Letters.

Dear Sir,/ I received only a few days ago your long and interesting letter. I shall make it a point to see your book. I have since camped out in California, where things are mightily simplified by the absence of rain, but made more difficult by the rivers drying up. I recal some miseries after water to drink; and tracking with a compass through thick chapparal and chemise, did not always prove either easy or agreeable. But I was laid down with a fever, and passed some very melancholy nights, when I could not close an eye and could not tell whether I most disliked the glitter of the stars or the piercing cry of the crickets; and to have to cook one’s food became quite impossible. That fever was the beginning of a long illness from which I am still suffering; it may be many years ere I shall again be fit to go a-camping: and perhaps ere health returns, the taste may have departed. In the meantime, the very word is delightful to me to write or to read; and I still cling to the feeling, I fancy a delusion, that two or three nights under the stars would work marvels for my health. / With many thanks for your kindness in writing / P.S. You are very right in what you say. No one who has not tried it can know how much of a strain it is, to push such a journey through single handed, and to keep the hungry journal up to date. When I got to Alais, and had had a hot bath, I felt almost collapsed, though with all the pleasure of rest.

Hubert Smith, Tent Life with English Gipsies in Norway. London: H. S. King & Co., 1873. Tenting expedition in the summer of 1871: author and another Englishman and two gipsies, also gypsy girl Esmeralda, who did the cooking. Donkeys used as pack animals.

Bodleian Library copy of Tent Life with English Gipsies in Norway. London: H. S. King & Co., 1873 on Google Books, has inserted cutting with 1911 obituary of Smith, who for many years through 1887 had been town clerk at Bridgnorth, succeeding his father. Retired to Leamington. No mention of marriage to gypsy.

[New? cancelled] ‘Skerryvore / Bournemouth./ My dear Sir, / No, I find I cannot select my own verses. I have tried and it won’t do. I like the two North West Passage in the Child’s Garden. That for a hint. But I can do or say no more. / Very truly yours, / Robert Louis Stevenson’ The letter is found inside the Beinecke Library copy of Jeanette Leonard Gilder (ed.) (1886), Representative Poems of the Living Poets (New York: Cassell & Co., 3 vols). Gilder wrote to each poet ‘asking if he would kindly name for me the three or four of his poems which he thought best represented his work’ (Preface, p. xxvii). There are portraits of most of the poets and each section is headed by a facsimile signature. The copy owned by the Beinecke Library contains a letter from each poet concerning the publication, tipped into the appropriate section. Stevenson is in vol 3, pp. 568-9, between the two pages is a portrait (Samuel Hollyer etching, 1887) and the brief letter from Stevenson. The signature is in a different colour of ink from the rest of the letter. The handwriting, though similar to RLS’s, seems to differ from it in some key-points. This and the different coloured ink suggests it was dictated, probably during one of the periods of illness in 1885 (Stevenson was ill and very weak from c20-30 April). The false start to the house name also suggests it was soon after the move to the new house (c. 10 April) and its renaming.]

1887: Rosemary Clark has discovered a letter to John Alexander White (mid/late October 1887), the American painter who did a portrait of RLS in 1886 – in the Archives of American Art at the Smithsonian Institute, Washington D.C. and will be publishing information on this in due course.

1887: Nash, Andrew (2000). ‘Two Unpublished Letters of Robert Louis Stevenson’. Notes and Queries n.s. 47iii (Sept. 2000): 334- 336. [Two 1887 business letters to Chatto & Windus about Memories and Portraits, one just before 28 July with a list of contents, decision about the title and uncertainty about the inclusion of “Thomas Stevenson”; one 21 August recognising receipt of proofs for Memories and Portraits  and appointing Baxter his financial agent; Andrew Nash estimates S’s earnings on M &P as £200 during his lifetime].

1887: Linehan, Katherine (ed.) (2002). Robert Louis Stevenson. Strange Case of Dr Jekyll and Mr Hyde. New York: Norton. p. 85, Letter to Thomas Russell Sullivan, from Bournemouth, postmarked 27 January 1887 [S. is not opposed to the liberties taken in the dramatized version of Jekyll and Hyde ‘I should have been driven to make more: I should have had Jekyll married’; if the actor transforms on stage ‘it would be a fine effect… Fechter did something like it’.] Linehan, Katherine (2003). ‘Two Unpublished Letters from Robert Louis Stevenson to Thomas Russell Sullivan’. Notes and Queries 50 (248) iii: 320-23. [The letter also printed in the Norton Jekyll plus two other short business letter.]

1887: Linehan, Katherine (2003). Two Unpublished Letters from Robert Louis Stevenson to Thomas Russell Sullivan’.  Notes & Queries50.iii: 320-323. [the first (7 June 1887) complements Sullivan and Mansfield on the stage version of JH.]; the second (undated, but between 15 April and 2 May 1888) criticizes the ‘innocent impudence’ of Mansfield in his self-promotion and quoting of S’s letters and conversations without permission.

1887-1888: Undated and apparently unpublished letter to a Mr. Johnson, framed with a copy of the studio portrait by Notman of New York (September 18887). Sold April 2005 for over $1,400. The addressee is undoubtedly Robert Underwood Johnson (1853-1937), secretary of the American Copyright League and editor of the Century Magazine, and the person referred to at the end of the letter must be James Russell Lowell (1819-1891), poet, first editor of the Atlantic Monthly and another campaigner in aid of international copyright. I cannot find this letter in the Booth & Mehew edition, but it was probably written during the period on the East Coast of the USA, September 1887-May 1888. It seems that Stevenson had previously met James Lowell.

[My dear Mr Johnson, / It is as you supposed impossible for me to be present at the meeting in aid of International Copyright. As one of the sufferers, it is hardly necessary for me to express my sympathy for the movement; and as one who has in some way suffered least , it would be difficult to do so gracefully. The question is one which lies before the American people; and in the solution of that, and in all parts of its National affairs, I trust it may be guided well. / Please present my remembrances to Mr ^Jas.^ Lowell , + believe me / yours truly / Robert Louis Stevenson’ Stevenson also adds a postscript to the top, “I do not date lest this should be read at the meeting, R. L. S. ]

1888: Linehan, Katherine (2003). Two Unpublished Letters from Robert Louis Stevenson to Thomas Russell Sullivan’.  Notes & Queries50.iii: 320-323. [the second (undated, but between 15 April and 2 May 1888) criticizes the ‘innocent impudence’ of Mansfield in his self-promotion and quoting of S’s letters and conversations without permission.]

1891: Everett & Co., a business letter not in the Collected Letters. [A 1891 letter to Everetts subscription agency from Samoa. Stevenson thanks them for their efficient supply service of newspapers and magazines. Cf also Recent additions to the RLS site – RLS Site Newsletter, 24th July 2002.]

1892: Colley, Ann C. (2004). Robert Louis Stevenson and the Colonial Imagination. Aldershot: Ashgate. P. 160, Letter Rev. Arthur E. Claxton (who had translated ‘The Bottle Imp’ into Samoan), 27 September 1892 (London Missionary Society Archives, Box 42, Folder 2): ‘it is my painful duty to advise you of the fact that there can be in the future no relations between you and me. Your interview with Mr Sewall (if there was nothing else) marks you as one of those men with whom I must either definitely break or cease to respect myself’. This is actually transcribed by Stevenson himself (with one small difference and without the final salutation in Letter 2463, September 1892, to Sidney Colvin Letters 7: 385).

1892: Bloomsbury Auctions, London, 16 Oct. 2008, Lot 206. [Dear Carr, I have signed the paper, and took the liberty to put chairman after my name to explain its precedence. I quite agree with your proposal “signed for __ subscribers” is the ticket. I highly approve of your telegram. Mr Ashbourne suggests “bread paper bought by government” as clearer and safer. It saves a word besides and will likely enable you to spare the excellent “exasperated” which seems to me to be worth the money. I am much better and hope to be down Saturday. O — please read “Natives supporting Mataafa – war imminent – immediate recall &c.’ That seems a better order, and to keep the essential for the last. Yours truly___ R. L. Stevenson.]

1892 circa (‘early 1890s’): reply to fan letter from a Mr Brown of New Zealand.- Transcription (from eBay posting, which may not be totally accurate) published in the St Helena Star: ‘Dear Mr. Brown, Thanks for your letter. If boyish at all, it was so in the good sense of which a young man need not be ashamed and an old man (if he can preserve it) has cause to be proud. I am glad to have interested you; I will tell you in confidence — I only care to be read by young men; they alone can read. I read now; yes, and with pleasure; but some years ago I read with the greed and gusto of a pig, sucking up some of the very paper (you would think) into my brain. And that is the only kind of reading for which it is worth while to support the pains of writing. Yours truly, Robert Louis Stevenson.’ Bought by the Stevenson Museum, St Helena, California.

1894: letter to Robert Reid dated 5th Nov. 1894 in the possession of the Wanlockhead Museum Trust, Scotland.

1894: Katie Fairfax-Ross has a letter in her possession from RLS addressed to her great-grandfather Dr. Fairfax Ross in Australia. It is a letter of presentation dated 25th November 1894 given to Dr Hoskyns of the Curaçao, who ‘will be able to give you all our news, good and bad’.