In 2017, RLS Day was curated by the RLS Club of Edinburgh, with a full and varied programme of events throughout the week surrounding Stevenson’s birthday on the 13th of November. You can read more about the day here: rlsday.wordpress.com. 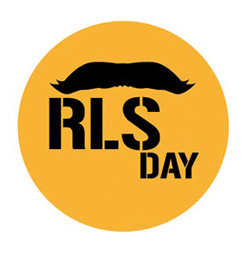 The Centre of Literature and Writing at Edinburgh Napier University hosted several events during the week culminating in our gala event on the evening of the 13th with a talk from Jane Rogers on her  BBC Radio 4 Robert Louis Stevenson adaptations.

Jane Rogers is an award-winning novelist, short story writer, and radio dramatist. She is author of nine novels, including The Testament of Jessie Lamb, Man-Booker longlisted and winner of the Arthur C Clarke Award 2012. Her story collection Hitting Trees with Sticks was shortlisted for the 2013 Edgehill Award, and the title story was a BBC National Short story award finalist.

Other works include Mr Wroe’s Virgins (which she dramatised for the BAFTA-nominated BBC drama series), Her Living Image (Somerset Maugham Award) and Promised Lands (Writers Guild Best Fiction Award). She has written original drama for Radio 4, and adapted numerous novels for the Classic Serial slot. Her latest novel is Conrad and Eleanor.

Jane is Emerita Professor of Writing at Sheffield Hallam, and a Fellow of the Royal Society of Literature. She teaches Short Story for Faber Academy. Her connection with Robert Louis Stevenson began as an avid reader in her childhood. As a writer, in December 2016 she adapted The Ebb Tide and The Beach at Falesa as two hours of Classic Serial, starring David Tennant, for Radio 4. She wrote about the adaptation, and Stevenson in Samoa, in a Rereading article for the Guardian.

The talk was followed by performances from A Child’s Garden of Verses by Edinburgh Napier University’s Acting for Stage and Screen students.