Familiar Studies of Men and Books, 1882 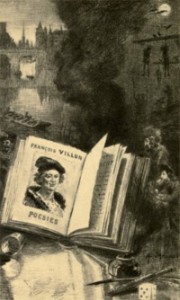 Overview of Familiar Studies of Men and Books

Familiar Studies of Men and Books (1882) provided a kind of companion-piece to Virginibus Puerisque, reprinting the more literary and critical essays left out of the first collection. In his Preface, RLS describes the contents as “the readings of a literary vagrant”.

The volume contains nine essays: seven essays previously appearing in the Cornhill Magazine (“Victor Hugo’s Romances” [1874]; “Charles of Orleans” [1876]; “François Villon, Student, Poet, and Housebreaker” [1877]; “Some Aspects of Robert Burns” [1879]; “Henry David Thoreau: His Character and Opinions” and “Yoshida-Torajiro” [1880]; “Samuel Pepys” [1881]), one from Macmillan’s(“John Knox and His Relations to Women” [1875]) and one from New Quarterly Magazine (“Walt Whitman”, 1878). Stevenson added a “Preface, by Way of Criticism”, offering his own assessment of his essays, often showing the way his views changed since the essays had been first written.

The studies are “familiar” in the sense of “informal” or “conversational” in style. They attempt to bring their subjects to life, often by creating novelistic characterisations of the men and addressing the books from the standpoint of an engaged reader rather than a scholarly critic. (At the same time, RLS does provide occasional footnotes citing his sources, so he is also concerned to be seen as a scholar too.) The essays are also noteworthy for combining a moral and aesthetic assessment of the writers.

The book received mixed reviews, praise for the personal style itself but some reservations about how appropriate the style was for a volume of literary criticism.

When Claire Tomalin published a biography of Samual Pepys in 2002, the book was greeted by the New York Times critic Michiko Kakutani (December 3, 2002) as “The best work on Pepys since Robert Louis Stevenson’s classic essay”. The essay on Knox has been judged “an admirable exposition of the complexities of character and the unpredictability of resultant action” (Irving S. Saposnik,Robert Louis Stevenson [New York: Twayne, 1974], p. 26).

“Yoshida-Torajiro” (1880)
Yoshida made a vital contribution to the recent transformation of Japan. In his youth he travelled all over Japan and realized that its miseries could only be cured by acquiring the knowledge of the western “barbarians”. He tried and failed three times to board a western ship to travel abroad and acquire knoweldge. Courageous in defeat, he gained many disciples thanks to his “prophetic charm” and “radiant persuasion”.

Imprisoned, then sent back to his feudal lord, he lived as a teacher. Some opening to foreign knowledge was made, but the Shogun continued to persecute those interested in the new learning. At the attempt of the Shogun’s minister to once more humiliate the Mikado, Yoshida and others planned to assasinate him but the plot was discovered. Awaiting trial, he conversed through the wall with a fellow-reformer, who, passing under Yoshida’s window on the way to execution, called aloud two lines of Chinese poetry to salute and encourage him. At his trial, Yoshida gloried in his plan and denounced the crimes of the Shogun. He was executed at the age of thirty-one.

Yoshida served his country in many ways. Since the Revolution [of 1868] the majority of the leaders have been his friends and pupils. He was helped by many other people, and their heroic acts took place while you and I were engaged in banal everyday occupations. (RD)