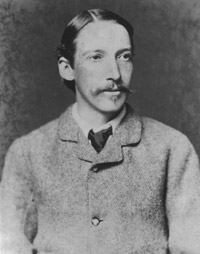 Dick Naseby falls in love with a young woman, Esther Von Tromp. Unfortunately, her father is Peter Von Tromp, jokingly called “The Admiral”. The Admiral is a terrible painter, a drunkard and a parasite on other people’s goodwill.

Because she hasn’t seen her father since she was very young, Esther believes he is both highly talented and respected. Not wishing to hurt her feelings, Dick (who met The Admiral in Paris) lies and confirms Esther’s idealized notions.

Dick wishes to marry Esther, but fears they may have to delay their wedding because of the bad feelings between himself and his own father, the Squire.

The Squire is a stubborn self-righteous man. He has recently written a letter containing lies and gossip to the local newspaper.

When the editor criticized the letter, Dick visited the newspaper office to defend his father’s honour. The editor was so frail, however, that Dick could not thrash him and ended up agreeing that his father was in the wrong. When the Squire learned this he was furious and now the two are not on speaking terms.

Esther encourages Dick to make amends with his father, but he feels his father will never understand him.

Meanwhile, the Admiral returns to England, planning to live off his daughter. She is overjoyed at the reunion, but notices Dick’s lack of enthusiasm. She soon realizes that the Admiral is a “humbug” who has not “the slightest hesitation in sponging upon any human creature” (p. 37).

Disillusioned and furious with Dick for having lied, she demands that he take her away. At first he complies, going so far as to take his father’s Phaeton to the station. He plans to elope, but when he realizes that she does not love him anymore he is broken-hearted.

He returns her to her cottage but in the meantime, the Squire has noticed his absence. Learning from the servants that he and Esther took the Phaeton, he assumes that Dick has taken a mistress and that scandal will fall on the family. He threatens the Admiral, and when Dick and Esther appear from the station, offers her money to keep away from Dick.

Enraged by his father’s misinterpretation of events, Dick cuts off all ties with him. Some time later, Dick is seriously ill and this changes his father’s attitude towards him. The Squire apologizes both to Dick , and to Esther and her father.

At the end of the story, Dick and Esther marry, have a baby, and live happily with the Squire. The Admiral, meanwhile, “lives in pleasant style upon the shores of England” (p. 63).

Quotations from “The Story of a Lie”, The Works of Robert Louis Stevenson, Swanston edn, vol xxi (London: Chatto and Windus, 1911).